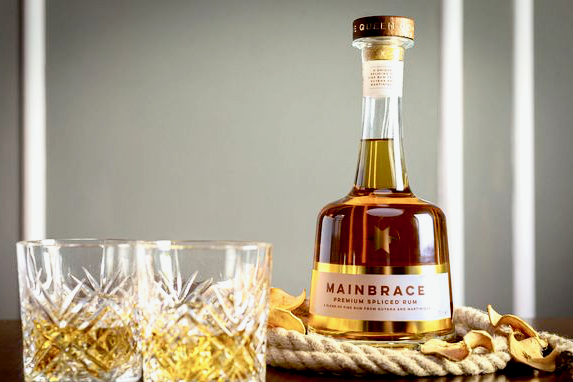 Mainbrace Rum has been recognised at several awards ceremonies for their Mainbrace Navy Strength Rum and Mainbrace Premium Golden Rum.

At the Rum & Cachaça Masters 2021 competition, chaired by The Spirits Business, it was gold for their Navy Strength and Premium Golden rums.

It was gold for the Navy Strength Rum at the World Rum Awards and at the London Spirits Competition 2021 it was silver for their Navy Strength and bronze for the Premium Golden range.

Mainbrace stood out amongst the judges of the Rum & Cachaça Masters competition, who commented on the notes of: “sponge cake and dark chocolate” and complemented the sweetness and slight dryness of the Mainbrace Premium Golden Rum’s blend. In the case of Mainbrace Navy Strength Rum, the judges commended its distinctive “elegant nose”, “bold and silky palate” and “nice vanilla sweetness with some dryness from the wood”.

At the World Rum Awards, judges commended Mainbrace Navy Strength Rum for being: “softer than expected on the palate with notes of pear followed by strong tropical fruits of mango and melon” and for its “well-integrated flavours and fitting ABV”.

Commenting on the awards Richard Haigh, co-founder of Mainbrace Rum, said: “We’re pleased to see our hard work paying off at this years’ competitions and have been overwhelmed by the judges’ positive feedback.”

Mainbrace Rum is available for purchase online from: mainbracerum.com/shop