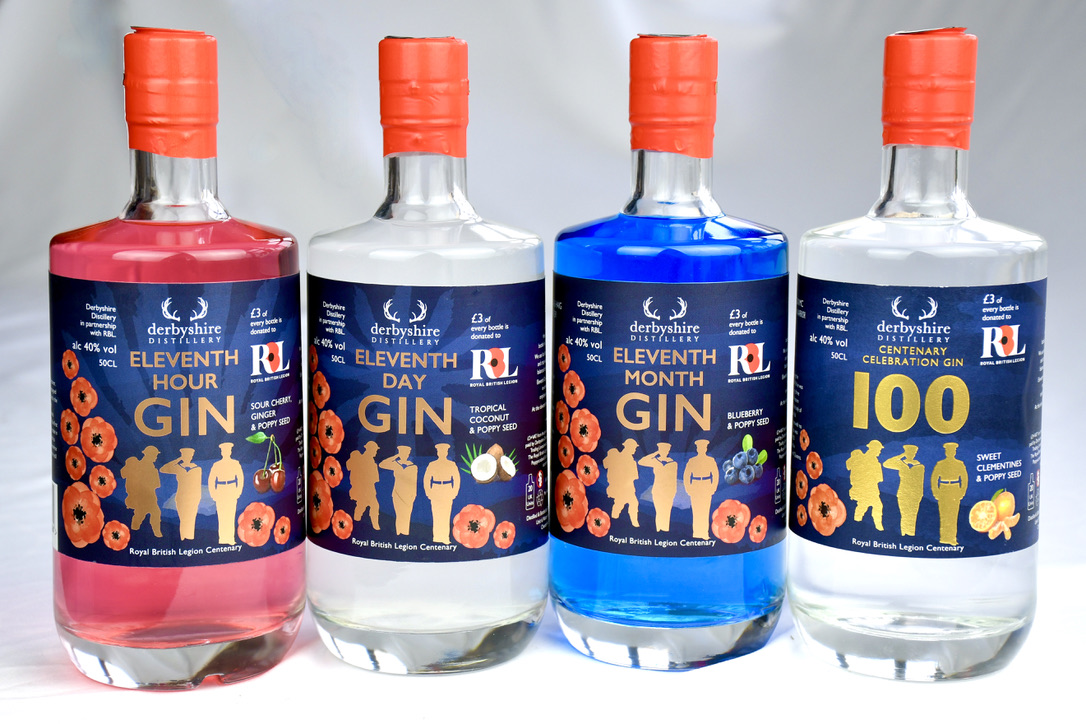 Building on the success of last year’s fundraising campaign, which raised over £40,000 for the Royal British Legion (RBL), Derbyshire Distillery has launched a new range of four gins to celebrate the RBL’s 100th anniversary — with the aim of raising £100,000 to support the work of the charity.

In 2020 Derbyshire Distillery became a corporate partner of the RBL and produced Eleventh Hour, Eleventh Day and Eleventh Month gins, which raised £3+VAT for the charity from the sale of every bottle.

The concept to produce a charity gin was the brainchild of ex-serviceman Richard Aspinall — the distillery’s former sales manager — who served in the British Army and who has had first hand experience of the work of the RBL.

The retail price of the Eleventh range of gins is £24.99 for 50cl bottles and £26.95 for the Centenary Celebration gin (also available in 50cl bottles).

Every bottle purchased will contribute to supporting those from the Armed Forces community past and present, aiding the Royal British Legion to make a real difference and enabling people to show their support in 2021 and beyond.