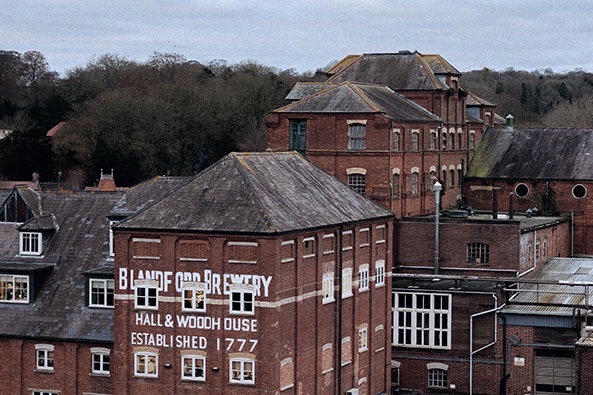 New England IPA (NEIPA) is the first beer of the new Small Batch Series from Hall & Woodhouse, an independent family of brewers dating back to the 1770s.

The Small Batch Series will offer contemporary and adventurous beers, complementing Hall & Woodhouse’s successful Badger Beers brand. NEIPA is an unfiltered 5.5% ABV beer with notes of pineapple, mango and a hint of tangerine.

It is Hall & Woodhouse’s first hazy beer, brewed with oats and wheat to provide smoothness and a milky opaqueness, along with three hops: El Dorado, Citra and Mosaic, chosen for their powerful aromas.

The NEIPA is the latest beer to come out of Hall & Woodhouse’s ambitious new product development programme, which has seen it launch Fropical Ferret and Twice Tangled, both innovative ‘twists’ on top-selling Badger Beers and Milk Made (a milk stout with notes of chocolate, vanilla and coconut).

Commenting on the new NEIPA, drinks marketing manager Matt Woodhouse said: “The Small Batch Series is an exciting development in Hall & Woodhouse’s beer offering. The New England IPA is an outstanding beer to launch it with and sets the bar high for subsequent additions.

“Introducing new beers outside of the Badger range allows us to offer exciting, limited edition brews and the opportunity for a wider range of styles, engaging both new and existing drinkers who are motivated by innovation and experimentation.

The Small Batch Series beers will be brewed at Hall & Woodhouse’s state-of-the-art brewery in Blandford, Dorset. The brewer plans to release more beers under the range several times a year, with runs limited to around 2,000 cases, available exclusively via its e-commerce store Badger Direct and the Brewery Shop.