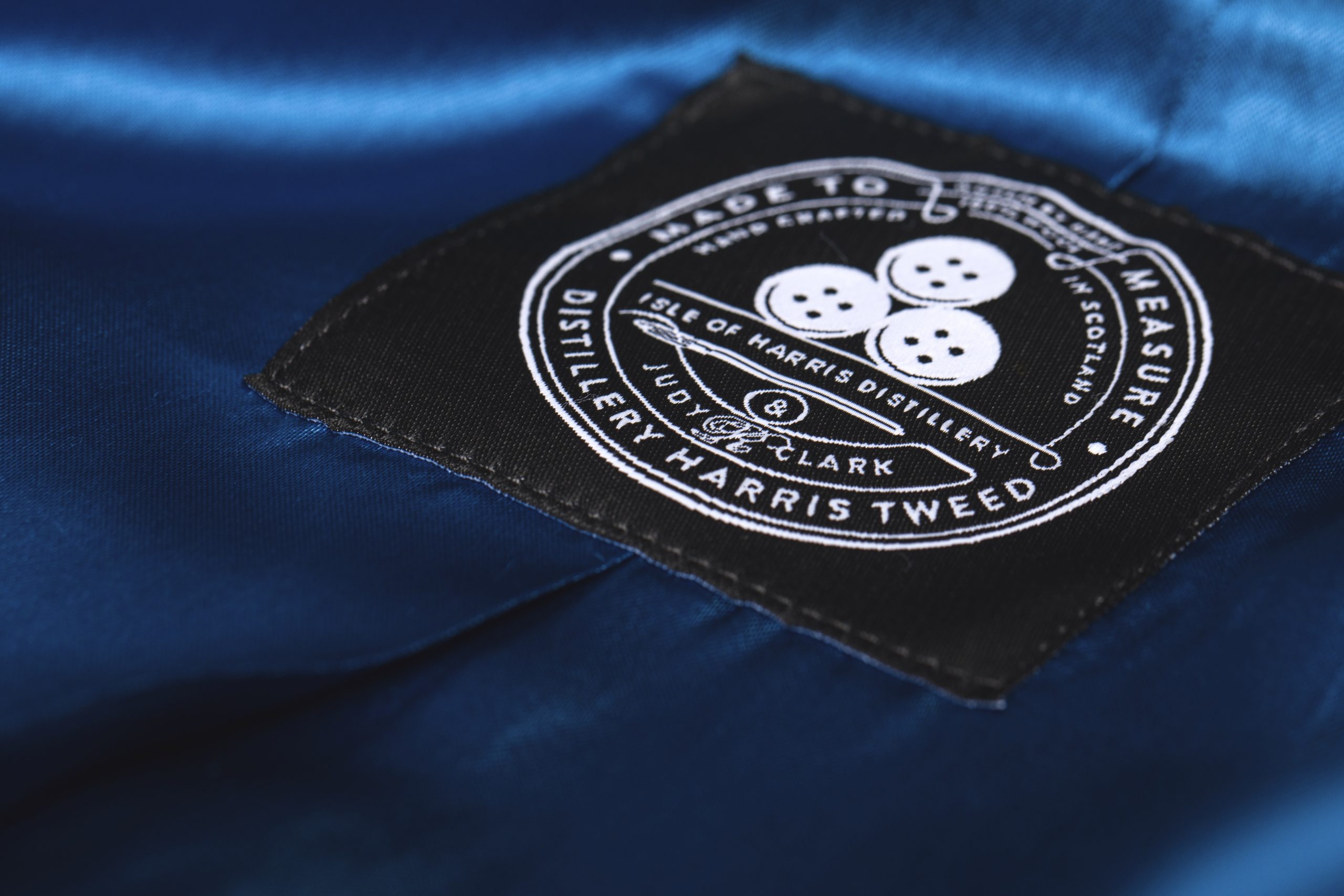 The Isle of Harris Distillery has just launched their new Distillery Tweed jackets.

The process of developing the jackets started in 2018, when the Isle of Harris Distillery started working with Harris Tweed Hebrides, the Harris Tweed Authority and the islands’ education services. The distillery’s aim was twofold: to learn more about the traditional art of weaving and to meet the people who create the highly-prized cloth, and to create their own unique tweed.

To create the tweed, the company set local schoolchildren the challenge of designing the Isle of Harris Distillery Tweed. After months of workshops and working with local children an eventual winner was named: 14-year-old Scott Murray at the Sir E. Scott School on the Isle of Harris.

Scott’s winning design was brought to life by the distillery’s own Stephen Passmore, who wove the new cloth and during 2020 the distillery collaborated with designer Judy R Clark to create a unique made-to-measure jacket using the new fabric.

Following the popularity of this limited edition jacket, Isle of Harris Distillers and Judy R Clark announced the launch of two made-to-order jackets in the same style, available in sizes 6–18 for women and 36-48 inches for men.

Lorna Macaulay, Harris Tweed Authority’s CEO was delighted with the outcome of this joint venture project: “It is wonderful to collaborate with the Isle of Harris Distillery again. We have thoroughly enjoyed taking this project to life with them and seeing it develop from Scott’s original tweed design to Judy’s stylish jackets.”

Each jacket is made using the new Distillery Harris Tweed combined with luxurious teal velvet collars embroidered in secret rose gold threads. The linings, inspired by the Hebridean seas, are finished with rose copper buttons and contrasting sea blue buttonholes.

Commenting on her new jackets, Judy was delighted with the results: “The Isle of Harris Distillery Collection has been such a wonderful project to work on, combining colours of the beautiful landscapes, blue seas and rose gold of the distillery has been a dream.

“The coats are contemporary and so wearable, with great attention to detail, each made by hand in Scotland.”

The jackets cost £660 and take 10-12 weeks to complete. For more information visit: harrisdistillery.com