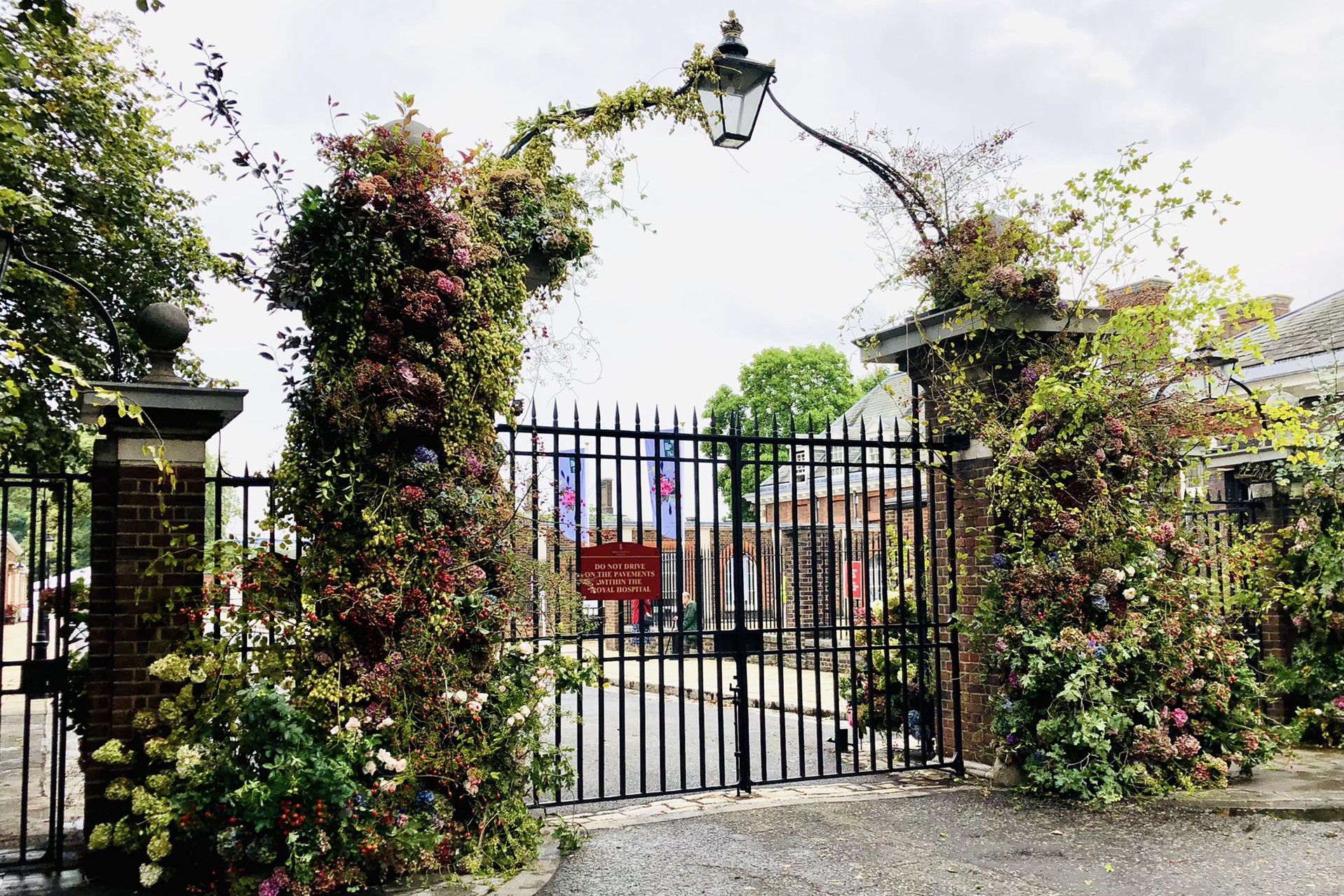 Visitors to the Chelsea Flower Show expect to see some unusual plants, but few will have realised that this year the main entrance gates to the Royal Hospital have been adorned with one of the rarest of all hops – the near-extinct Farnham White Bine hop.

Due to the pandemic the Chelsea Flower Show was moved back from May to September 2021 and the hops were in full bloom. Even as the Hogs Back Brewery in Surrey was harvesting its own crop of White Bine, eleven of its bines made the journey from Farnham to Chelsea to take pride of place in the display welcoming visitors to the show.

Hogs Back Brewery’s managing director Rupert Thompson said: “It was wonderful to see a magnificent display of an historic British hop variety at such a quintessentially British occasion as the Chelsea Flower Show.

“Hop bines are only just beginning to send up shoots in May, so most years would not be much of a spectacle for visitors to Chelsea. This year, coinciding with the annual hop harvest at the start of autumn, is probably the only time the show will ever be able to feature such a bounteous display of aromatic hops.”

The Farnham White Bine hop bines were passed on to Tattie Rose Flowers, the florist creating the displays at the main gates to Chelsea, by Hogs Back Brewery’s hop garden manager Matthew King.

Hogs Back is one of the few British brewers to grow its own hops, and the hop garden adjacent to the brewery in Tongham is the only location where the Farnham White Bine is grown commercially. The variety was once a dominant force in the hop industry, but fell out of favour around a century ago.

Hogs Back revived the White Bine, bringing it back from near extinction, when it planted the hop garden in 2014.

The brewery was founded in 1992 in Tongham, in the heart of the traditional Surrey hop growing region, where it produces Its flagship brand, TEA, or Traditional English Ale and a range of award-winning ales, lagers and cider.