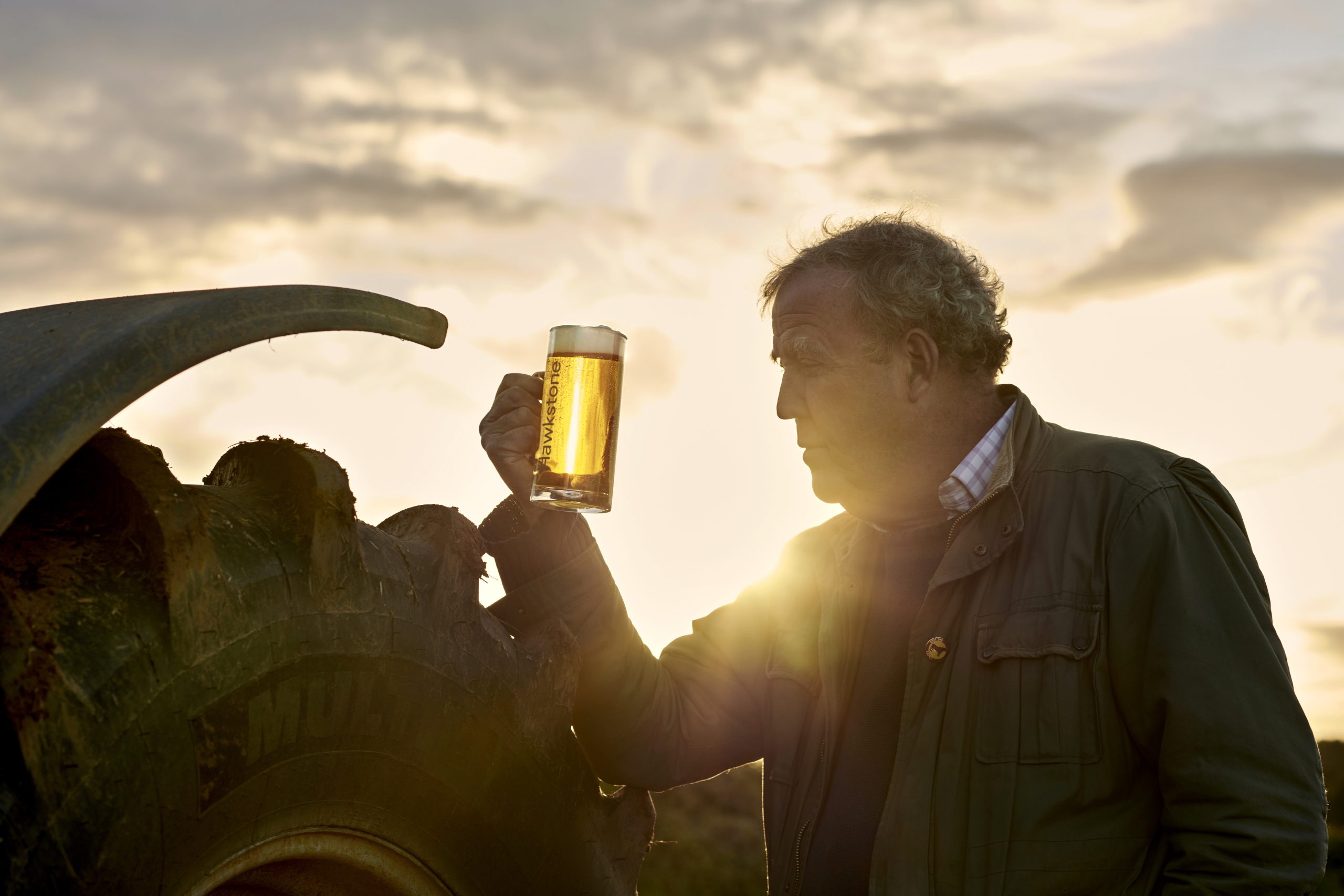 Sales of Hawkstone Lager, which is produced from barley that Clarkson grew himself on his farm in the Cotswolds, have been so strong that his team is considering putting a limit on how many cases customers can purchase, in the hope that they don’t sell out before Christmas.

Clarkson’s first advert announcing the availability of the new lager on ‘Jeff’s website’ generated over a million views within hours, with celebrities including Jodie Kidd and fans alike clicking through to Amazon directly and ordering their cases immediately.

The idea to produce a lager was inspired by the quality of the malting barley that the soil on Clarkson’s farm yields. His malted barley is ideal for brewing and so Jeremy set out to supply it directly to a local brewery to turn into lager.

He was introduced to Rick and Emma Keene from the Cotswold Brewery and they immediately hit it off. They decided that together they would create the very highest quality premium lager and the result is Hawkstone Lager, which is named after the Neolithic standing stone that is close to Jeremy’s farm. 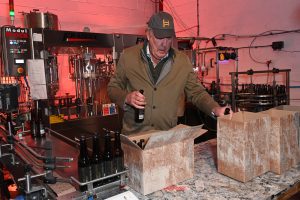 The process behind the lager is as long as it is rewarding: after harvest, Hawkstone’s master brewer, Rick, meticulously combines the barley with select hops, yeast and the purest local water before allowing it to mature.

Lagering (as this process is known) is like laying down a fine wine; allows the flavours to mature and produces a smoother, more rounded lager.

The carbonation in Hawkstone is naturally produced as part of the process so the bubbles are smaller and have a softer mouth feel. It takes around six weeks to create Hawkstone Lager (a day to brew, 10 days to ferment and four weeks lagering). Putting this timescale into context, the industry standard is around nine days.

The result is a unique, quality tasting lager that vindicates the extra time invested: a lager that the advertising tells us is hard to make but easy to drink.

At Hand Crafted Drinks Magazine we’re yet to sample the delights that Hawkstone Lager promises, but we will write a review as soon as we can.