Cambusier is now in the UK 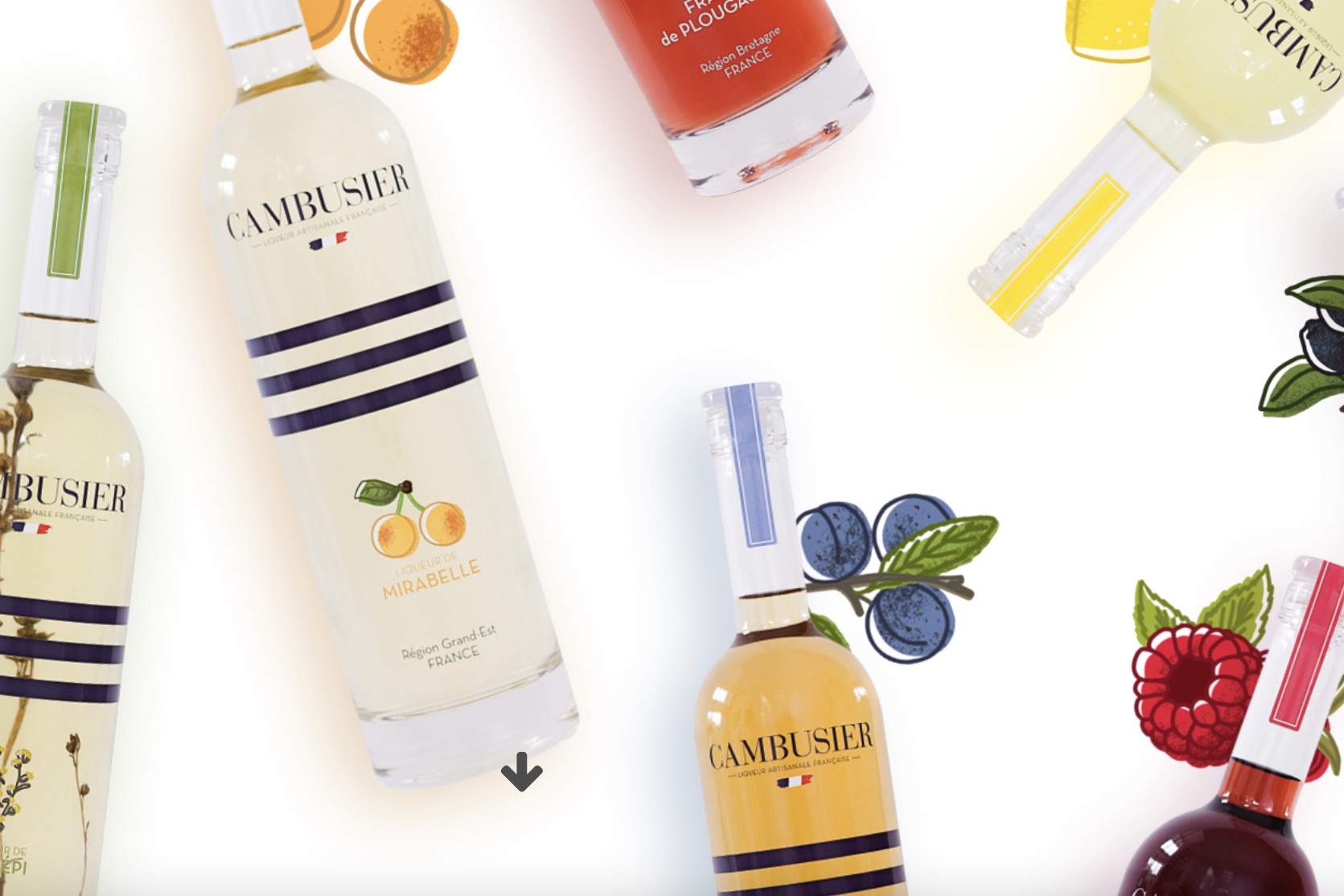 The Cambusier range has been described as ‘France in a bottle’ and has been inspired by several regions across l’Hexagone: Crème de Cassis (Bourgogne Franche-Comté), Strawberry (Bretagne), Mirabelle Plum (Grand-Est), Raspberry (Centre Val-de-Loire), Apple (Normandy) and Violette (Occitanie) liqueurs. 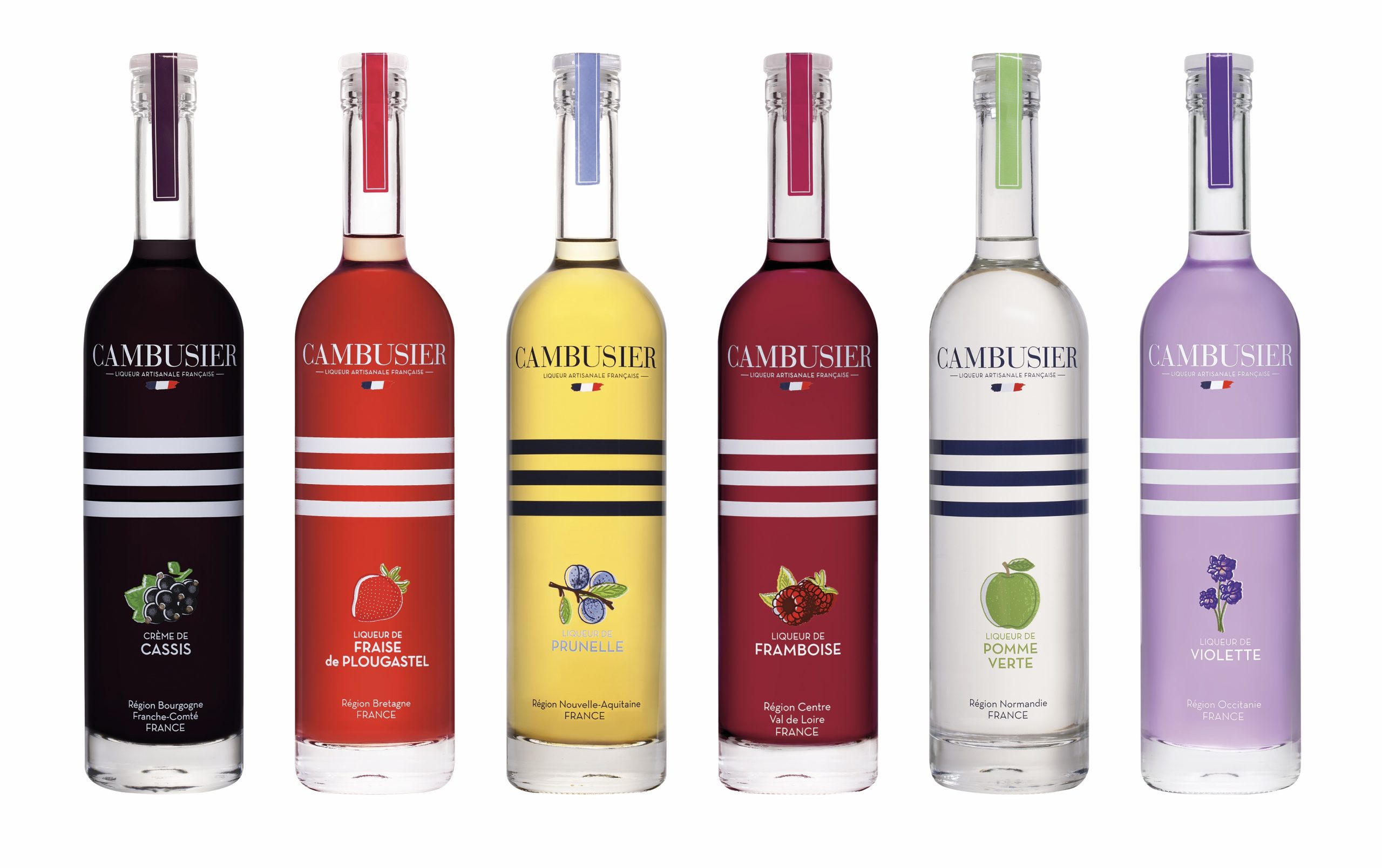 The history of the Cambusier brand dates back to 2016 in the Grand-Est region of France, where three young people, proud of their native Lorraine, met and discussed the phenomenal success of Spritz, the famous Italian cocktail that had been reigning supreme in French bars for many years.

They realised that it was made from a single ingredient: a Venetian liqueur which had been largely forgotten for over two hundred years. When they compared the Italian liqueur with their regional speciality, the Mirabelle plum liqueur, it occured to them that this intense, fruity-tasting beverage was rarely consumed today and was heading for a place in the history books.

But, after months of research and hard work, and traveling across France to meet craft liqueur producers, Cambusier was launched with its sole ambition: to bring France’s regional craft liqueurs back to life.

Commenting on the deal, Becky Davies, head of commercial at Ten Locks, said: “Cambusier is incredibly striking and executed beautifully with a finesse few brands can compete with.

“Its devotion to bringing back an array of flavour profiles at a time when the spritz is booming, offers UK bartenders and mixologists endless possibilities.

“Working to re-establish liqueurs that deserve to be re-discovered and enjoyed, Cambusier is well positioned to inject a finesse to a well-made cocktail and even more life into the return of the spritz and will do so in the most contemporary way. It’s a welcome dash of joie de vivre and with a team who’ve all spent time behind the bar, I know it’ll be a hit with premium venues.” 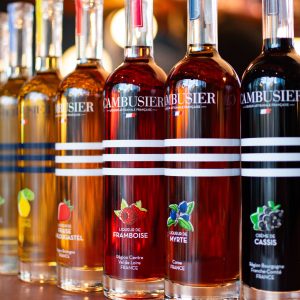 Recent sales of liqueurs have been very strong with interest set to continue as spritz culture affirms itself at home on in the trade.

Cambusier fruit liqueurs have been created specifically to sit at the heart of modern cocktails as a key flavour, but can also be enjoyed as a digestif, over ice, blended into tonic, white wine or champagne.

Partners Martin Smodis and Theo Moog founded Cambusier in June 2017, inspired by the term ’cambusier’. Meaning “ship’s galley” in English, the maritime theme is intrinsic to the brand’s design from the blue and white logo and stripes, through to its sailor top as an emblem of France.

Alphonse Cassanet, Commercial Manager at Cambusier said: “The partnership with Ten Locks will go some way to ensure French regional liqueurs regain their glory. We’re proud to partner with a distributor that values innovation, has a true appreciation for quality while being respectful of heritage and the role distinctive brands play in premium venues. We embark on 2022 excited to embrace the lively spritz culture in the UK, and bring Cambusier to venues across the country.”