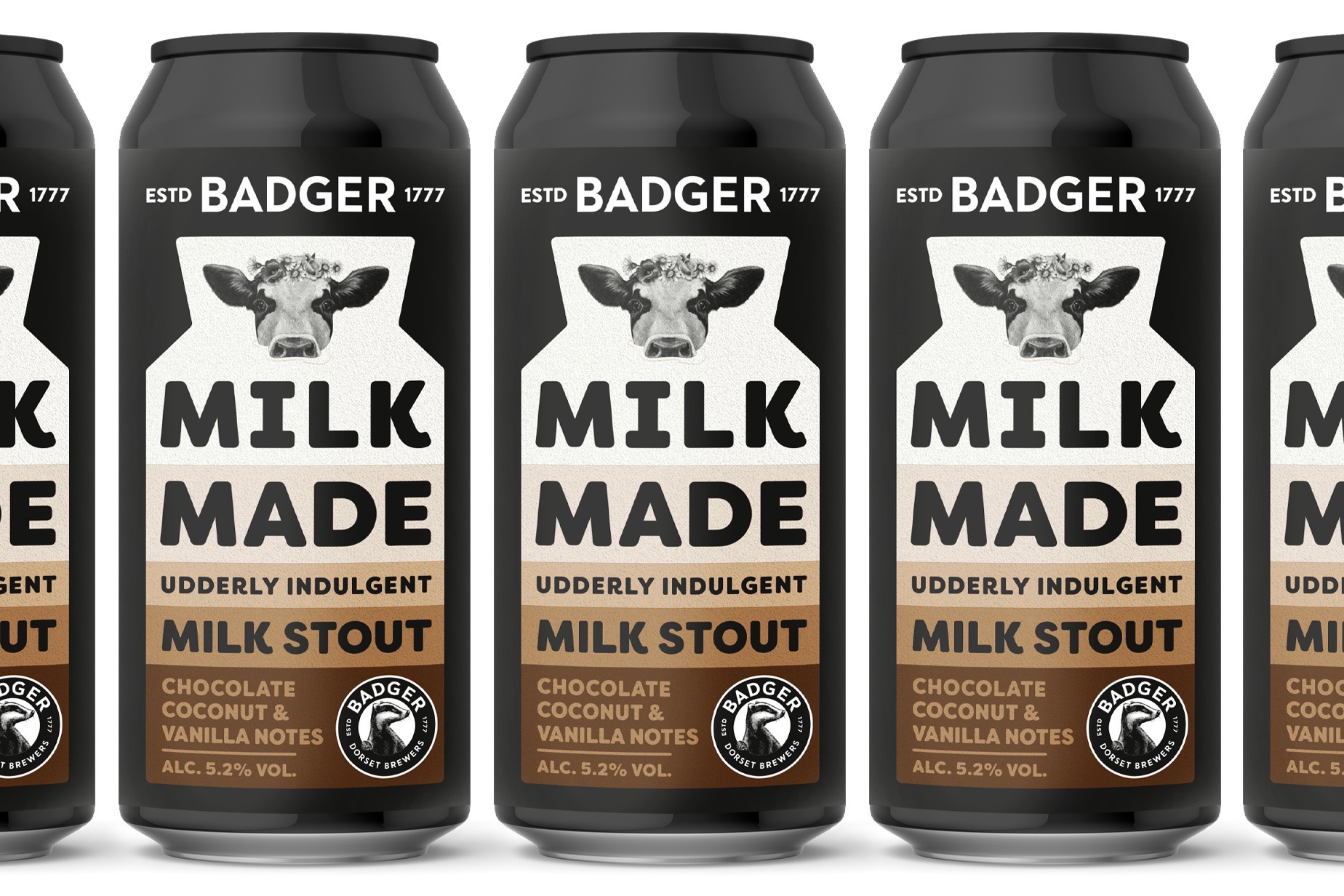 As one of the former presenter’s on BBC’s Top Gear used to say: it’s good news. And indeed it is, because Milk Made, one of our favourite stouts that we reviewed a few months ago, is now going to be available in Sainsbury’s, Waitrose and Morrisons in 440ml cans.

The award-winning Milk Made is the first stout in many years to be produced by independent family brewer Hall & Woodhouse; they have brewed Badger beers in Blandford, Dorset, for more than 240 years. Milk Made won a gold medal at the prestigious International Brewing Awards in November 2021.

Milk Made will be stocked in up to 250 Waitrose stores from April, followed in May with a listing in 60 Sainsbury’s branches and selected Morrisons stores. The design of the 440ml cans follows on with the dynamic black-and-white design of the bottles. The contents, of course, remain unchanged – an indulgent milk stout, with chocolate, vanilla and coconut notes.

Commenting on the supermarket deals, Matt Woodhouse, drinks marketing manager at Badger Beers said: “We’re delighted to have secured listings with these leading supermarkets for Milk Made cans and expect other retailers to follow suit.

“Brewing a stout again was a departure from the traditional ales that the Badger brand was built on. Milk Made’s popularity has proved that was the right move and demonstrated we can be successful across the beer market.

“Similarly, by putting Milk Made into cans, we’re broadening our appeal to younger craft drinkers, bringing new consumers to the brand alongside our Badger loyalists.

According to a Nielen MAT report published on 15 January 2022, stout is one of the fastest-growing sectors of the off-trade beer market, with volume sales up by 45% in the last two years; there’s even more good news for the brewer because innovative brands such as Milk Made are growing at twice the rate of the sector overall.

Milk Made is one of several contemporary beers launched in the last couple of years under an ambitious NPD programme to complement the core Badger Beers brand. Newer beers include Fropical Ferret, a fruity IPA; Twice Tangled, a double-hopped IPA; and a New England IPA, launched in autumn 2021, as the first beer in a new Small Batch Series from Hall & Woodhouse.